Listen to the full podcast here.

"Being an operator of an exchange, you all understand the complexities of things like getting liquidity on your exchange, making sure that it runs 24/7, that there's no downtime. Looking at Uniswap which became very big I felt that's the future. Maybe that's where I should focus my time on after I sell LGO. And so I think we signed the papers for LGO on the 15th of October, and on the 16th of October, we started Bender. That was pretty fun, that was good timing."

At first the idea was very simple. It was to build a full-fledged DeFi ecosystem on a blockchain that we like. We saw what was happening on Ethereum and we thought, okay let's build it on Tezos because that's the future of any blockchain and we want to help Tezos become a major player in the space.

From there the vision got a bit more precise of what we want to build in the next five to six years. Looking at the idea of doing a different ecosystem on Tezos our first question was "okay, what's missing, what's the first building block in doing that?" And the answer is liquidity and assets. If you look at Tezos and you look at Ethereum the biggest difference is that you have a ton of assets on Ethereum. There's not so many on Tezos because of (or thanks to) the 2017 ICO bubble. 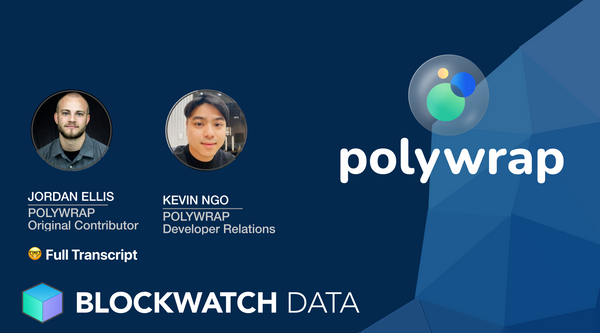 Anything you can build on a blockchain with JavaScript today, you can build this with a Polywrapper and the possibilities are endless. (Full transcript)

We're thrilled to share the first public release of TzGo, our Golang SDK for the Tezos blockchain. We've been using different parts of TzGo in the backend of our public